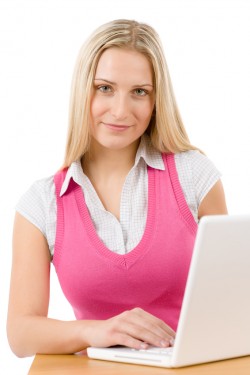 When Is The Best Time Of Day To Learn?

It probably doesn’t take a neuroscientist to tell you that the brain works differently throughout the day. If someone gave you a test the moment you woke up, you would not do so well, and would also hate the person who gave it to you. Knowing why exactly this is true, though, can be very helpful in structuring your day.

More attention is being paid to the way the brain changes throughout the day, and the field of chronobiology (yes, I know that’s a really cool name) is growing. It’s a bit of a tricky field because there are so many factors that can affect your cognition, but there are a lot of insights to take away from this research.

Studies tend to agree that the best time of day to learn is midday. After that, though, researchers disagree on almost everything, including exactly what is considered “midday.” One of the most repeated estimates is that there are two optimal windows: 10 a.m. to 2 p.m., and then 4 p.m. to 10 p.m., with a period of fatigue in the middle there. This period of fatigue is referred to as the post-lunch dip, and brain processes slow down greatly during this time.

The reason for so much disagreement in chronobiology is that not everyone has the same sleeping and waking rhythms. And because of that, the answer to this question won’t be the same for every person.

I know the objection you may have to study in the middle of the day: “But I’m a night person! I like studying until 3 a.m.” There is certainly a psychological precedent that shows there are indeed night people, day people, and people in between. Depending on which one you are, the optimal time to learn can shift a few hours either way. The later in the day you wake up, the later in the day you should learn.

Being a night owl does not give you a free pass to stay up and study whenever, though. Staying up all night can have very negative effects on your health, so don’t let “being a night owl” become an excuse for perpetuating a bad habit.

Your peak learning time also isn’t your peak for everything. If you’re working on something more creative, it is actually better to do it during your off-peak time. It sounds incredibly counterintuitive, but apparently being a bit tired can free your brain up to more creatively solve problems.

The hands of the clock don’t really have anything to do with how you’re learning. Your body depends much more on its internal clock, and that is governed largely by one thing: sleep.

A study from the University of Notre Dame highlights exactly why sleep is so important when learning. Two groups of students were told to memorize pairs of words. One group went to sleep immediately after learning, while the others did not. You can probably guess where this is going, but those that slept after learning did significantly better when they were tested 24 hours later. So studying right before going to bed — assuming you’re going to bed at a reasonable time — can be a useful way to improve your memorization.

Good news: naps also work well for cementing knowledge, so you can take a nice break from studying to fall asleep for a bit. The best time to take a nap, by the way, is 2 p.m., during the post-lunch dip.

Wait, So, When Should I Learn?

Based on all this research, the best time to study is a few hours after you wake up, and that study period should be followed by a nap. But in truth, there just isn’t a single, easy answer to when the best time is. What you can do is ask yourself questions to determine when you’re most ready to learn things: When do you get up? When do you go to sleep? When do you feel most alert? Are you getting enough sleep? Your body is your own, so by studying yourself and seeing when you feel most productive, you can determine the best time to study. This all may sound obvious, but it can be easy to overlook how you feel. Don’t underestimate the power of checking in with your body.